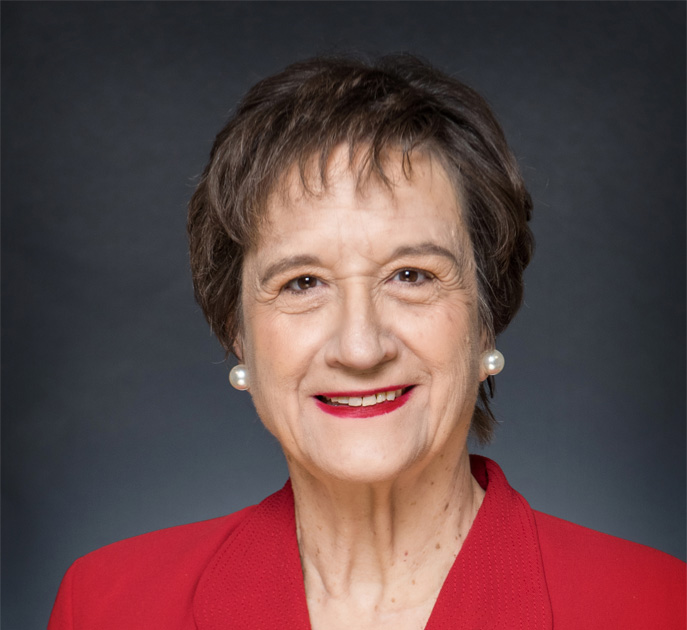 Marilyn is the oldest of four children. Her father was a farmer, and her mother was a homemaker. She studied chemistry at Georgia Southern University where she was the first undergraduate to present her research to the Georgia Academy of Science. Early in her career, Marilyn worked in textiles, first in Georgia and later in Winston-Salem.

In 1972, Marilyn married Alex Avila, a naturalized citizen from Chile. Together they have two children and four grandchildren. They have lived in North Raleigh for 40 years. After working in textiles for many years, Marilyn started a small business and became a franchisee of a national company.

In 2007, Marilyn was elected to the North Carolina State House where she served for ten years. While in the State House, Marilyn served on various committees, including Children, Youth, and Families, Commerce and Job Development, and Regulatory Reform. She chaired Appropriations for Health and Human Services, Joint Legislative Oversight Committee on Health and Human Services, and Permanency Innovation Initiatives Oversight Committee.

Marilyn is most proud of the work she did to reform the foster care system, amend Certificate of Need Laws, and establish the Efficiency and Cost Savings Committee, which was tasked with reducing government inefficiencies and waste

After leaving office in 2017, Marilyn continued to stay active and involved in politics and her community. She worked on behalf of the Children's Home Society of North Carolina and is currently on the Board of Directors for Parents for Educational Freedom and the Veterans Life Center (Butner, NC).

In 2020, Marilyn served as the Second Vice Chair of the Wake County Republican Party, where she was instrumental in organizing events and volunteers. After Election Day, Marilyn worked tirelessly with other volunteers to cure absentee ballots from across North Carolina securing Chief Justice Paul Newby's victory by just 401 votes. In March of 2021, Marilyn was elected Vice Chair of the NC Republican Party District and County Chair's Association (DCCA), where she helps GOP leadership from all 100 NC counties organize and train their volunteers.

Marilyn is an experienced legislator, businesswoman, manager, chemist, and mother. Her experiences are unique and have prepared her for a life of public service.

Marilyn is loyal to a fault. She is devoted to her family, her community, and our state, rendering faithful service to causes greater than herself or her own ambitions.

With Marilyn, what you see is what you get. Her values and work ethic haven't changed. In these turbulent times, consistency and stability are needed now more than ever.

Throughout Marilyn's life, she's set big goals, made actionable plans, and worked hard to achieve them. That determination serves her well as a legislator.

Honesty means having the courage to say “no,” the strength to face the truth, and will to do the right thing, just because it's right. Marilyn will bring that to the NC House.

Marilyn has a strong sense of right and wrong. Her values are her decision-making framework. She takes responsibility for her action and their consequences.

Marilyn has the vision to see others where they are and develop an actionable plan to help them along the journey of awareness, confidence, and fulfillment.

Marilyn is a capable legislator who has built the relationships and knows the legislative process in order to effectively advocate for her constituents.